65.3 million people globally are forced to leave their homes as a result of conflict or, like Villia, Marcelin and Jocylene, as a result of disasters such as hurricanes or earthquakes.

Two thirds of people who are forced from home are still in their own country. Seeking safety but unwilling or unable to cross a border, they are largely ignored by the international community and denied the official protection afforded to refugees.

Many more people were displaced by disaster, yet we don’t even know the true picture of displacement because monitoring is not complete and not all climate or disaster driven displacement is counted.

But at Christian Aid we believe that everybody counts.

Poor countries bear the brunt of both internal displacement and hosting of refugees. The different factors that force people to leave home, compounded by their displacement, means they are among the most vulnerable to poverty and exploitation in the world.

Although the UN and its member states are currently working on two new agreements on refugees and migration, neither is tackling the problem of internal displacement.  That’s more than 40 million people who are being left out. 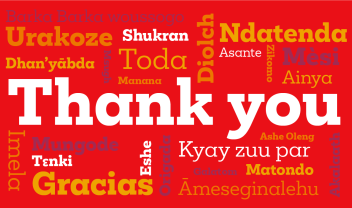 We pay tribute to our amazing supporters and volunteers
Read more