Christian Aid has been working in Nigeria since 2003 and has a reputation as an organisation that respects its local partners, delivers quality and cost-effective programmes, and is willing to learn from, and share its learning with, others.

Our vision is for a just, equitable and peaceful Nigerian society, where poverty has been eradicated and every person is empowered to live life in all its fullness.

We seek an end to poverty in Nigeria by challenging systems and structures that perpetuate inequality and favour the rich over the poor. This is done through our three core strategic programme areas:

We work to improve the health of poor and marginalised people; raise community voices to demand accountability through advocacy and promoting engagement between people and government; improve gender equity and the participation of women and girls in development initiatives; and respond to humanitarian emergencies to alleviate the suffering of people affected by conflict and disaster.

In recent years, we have adopted a structural approach, incorporating cross-cutting themes such as social and behaviour change communication, monitoring, evaluation, accountability and learning (MEAL), advocacy and gender into all of our work.

In Nigeria we work on...

We improve the health of poor and marginalised people, particularly women, children and people with compromised immunity through integrated community-based health interventions, ensuring accountable health governance in communities. We help to strengthen systems that improve access of vulnerable population to health services through advocacy for inclusive health policies. We empower and build the resilience of local communities to take responsibility for their own health, using community participatory tools and social behaviour change communication strategies.

Our governance and gender programme seeks to improve government accountability and responsiveness to the needs of poor and marginalised people. We are helping communities to raise their voices to demand accountability, promoting engagement between people and government and strengthening community structures. We promote inclusive participation by ensuring gender equity and the participation of women and girls in development activities, by challenging harmful socio-cultural norms that make women and girls in Nigeria suffer systematic disadvantages.

Increasing insecurity and violence in the northern part of Nigeria has led to millions of people becoming displaced and losing their sources of livelihood. We have built strategic partnerships that have enabled us to respond to the needs of those affected by the crises. We have provided relief to over 400,000 displaced people since this work began in 2016. Our work in north-east Nigeria has improved the food security and livelihoods of internally displaced people in Adamawa, Borno, Benue and Gombe states. Our work cuts across emergency response, livelihoods, protection and WASH (water, sanitation and hygiene) among the most vulnerable populations in conflict areas.

We work in areas where the need is greatest and we have strong existing partnerships. Currently, we operate in 11 states, and have offices in Anambra, Benue, Borno, Kaduna, Plateau, as well as our main country office in the Federal Capital Territory, Abuja.

Our partner, the Association of Women Living with HIV/AIDS in Nigeria (ASWHAN), has contributed to the successful campaign for legislation to prohibit discrimination and provide legal protection for the 3.4 million Nigerians living with HIV.

Christian Aid in partnership with the National Association of Faith Leaders Living With/Affected by HIV/AIDS (NINERELA) engages faith communities on HIV/AIDS and on responding to sexual and gender-based violence. The project aims to reduce HIV-related stigma and discrimination in faith congregations/communities and improve the uptake of HIV services. The project has trained 36 religious leaders on HIV prevention and stigma reduction and mitigation. Almost 6000 people received HIV counselling and testing, while more than 6,000 were reached with interactive online radio with messages on prevention, stigma reduction and mitigation.

Christian Aid is delivering Closing the Gap to Sustainable Health Care Access through Health Insurance (CHAIN) in collaboration with the Nigeria Health Watch to lead civil society dialogue and policy-advocacy which improves Nigerians access to healthcare. CHAIN contributed to the process that led to the passing of the Benue State Health Insurance Bill.

Voice to the People (V2P) supported communities in Kaduna state and the south-east region of Nigeria to take ownership of their own development by driving accountability among their governments and leaders, take part in decision-making and raising their voices to demand their rights and services. The UK aid-funded project has reached an estimated 30 million people through social media and radio programmes and has directly supported 52,162 citizens.

The Collective Action for Adolescent Girl Initiative (CAAGI) aims to improve the choices and opportunities for adolescent girls in Kaduna, northern Nigeria, to live more productive and meaningful lives. CAAGI’s major strategies are sensitisation and capacity building especially for faith and traditional leaders, creation of safe space, and community-led advocacy.

Side-by-Side is a growing global movement of people of faith who want to see gender justice become a reality across the world. Through this movement, faith and traditional leaders work together to pursue transformational change for gender justice by addressing the inequality and powerlessness faced by women and girls who suffer systematic disadvantage and discrimination – particularly those who are poor, live in rural areas, and are from particular social groups. Christian Aid is working through a national-level Faith Actors Dialogue Forum across all 36 states.

Building Early Warning Response Systems (BEWERS) focused on working with community members to understand the root causes of conflict. The initiative strengthened relationships between security agencies and communities, and built community resilience to conflict through expanded cooperation, tolerance, understanding and equity. The project worked with religious and traditional leaders, women and youth groups, including artisans. Special consideration was given to people with disabilities to ensure inclusivity.

Through our humanitarian interventions in north-east Nigeria, we have improved the food security and livelihoods of 27,532 internally displaced people in Adamawa, Borno and Gombe states. We also constructed WASH facilities and conducted WASH sensitisation in communities. Since 2016, Christian Aid has implemented 10 projects, seven of which are still ongoing, reaching more than 400,000 people. Almost 12,000 people have benefited from unconditional cash assistance and 169,000 have been reached with food assistance through our humanitarian work.

In Nigeria, Malawi and Kenya we empowered communities to hold their governments to account and improve their health services.

In this blog, we take a look at the para vet service established in north-east Nigeria by Christian Aid with World Food Programme funds and how it’s helping farmers to keep valuable livestock healthy.

In this blog, we hear from Christian Aid colleagues based in Africa to get their take on the real-life impacts of vaccine inequality between wealthy and poorer countries. 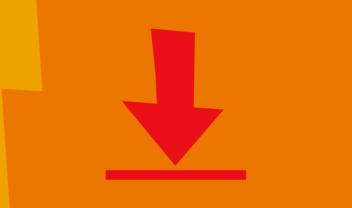 An overview of the vision, mission and strategy of the Christian Aid Nigeria programme for 2019-2026.
Download

The latest news, photos and programme updates from Christian Aid Nigeria on Twitter and Facebook, and more from our work around the world.
Teaser title
Nigeria